skip to main | skip to sidebar

Where Did I Get This Idea?

Now that I'm out of classes for the semester, I have had a lot of time to think. This can be dangerous for all of us! I've decided to share a little bit of that with all of you. :)
A friend of mine mentioned that recently he identified an unhealthy thought pattern of his, and that challenged me to do the same. It was actually quite timely, because a book that I had been reading at the time brought the same point to my attention.
Actually, let us chat about this book for a second. It is called "The Story of B", and the author is Daniel Quinn.
http://www.amazon.com/Story-B-Daniel-Quinn/dp/0553379011/ref=sr_1_1?ie=UTF8&qid=1293076844&sr=8-1
Here is an excerpt from pages 101 to 102. No plagerism intended. This is all the work of the author.

“The Imperial Chill had been an imperial preoccupation for so long that no one was counting
centuries anymore. That it was genetic was obvious, of course, but this knowledge helped no one—certainly not the shivering Emperor. Every academic and scientific discipline in the realm had a chilly aspect. Every scholar and scientist was to some degree or in some sense working on the problem, which was generally agreed to be metabolic and probably dietary. There was of course nothing wrong with the emperor’s diet, but it was assumed that some adjustment (possibly quite infinitesimal) would turn the trick and give His Highness relief. There were acorn diets and apple diets—and watercress diets and zucchini diets at the other end of the alphabet. Every university depended on its subsidy for research on the tempering effects of diet and food—research that everyone knew could be effortlessly spun out till the end of time.

“One day, however, the Prime Minister called a press conference and announced that a breakthrough had been made. Of course, breakthroughs had been announced before and had always come to nothing, so no one was really worried—till they saw the look on the Prime Minister’s face. This time (that look told them) something uncomfortably new was in the offing.”

Shirin paused and asked B whether she should finish it then or wait till later.


“Oh, finish it now,” B said grumpily. “Then he can be thinking about it.”

“The Prime Minister’s announcement (that the cause of the Imperial Chill had been found) was shockingly brief—and was followed by a shocked silence, which soon became a murmur of horror, disbelief, and denial. The truth of the minister’s words was not what outraged his listeners. What outraged them was the idea that, after defeating the best minds of a dozen generations, the Emperor’s chilliness could be explained so simply. The feeling seemed to be that critical problems (like the Emperor’s chill) must absolutely have complex and impenetrable causes, and they must absolutely be difficult (and perhaps even impossible) to solve. As he wandered aimlessly through the crowd, one dazed scholar was heard to mutter over and over, ‘There are no easy answers, there are no easy answers, there are no easy answers’—not with any real conviction now but rather as if repetition might restore vitality to these familiar, comforting words.

“What was distressing them was not the fact that the cause of the chill was now known but rather the fact that it had always been known—but never as a cause. It had stared them in the face, and looking beyond it to remote and unintelligible causes, they had missed its significance. Throughout the empire, there was literally no one who was ignorant of the fact that their shivering monarch had . . . no . . .clothes.”

Of course, we say, "Well that's obvious! Why did no one see that before?" Understand, we come from a mindset where people wear clothes. They did not. It would be like asking a colorblind person to describe a tye-dye shirt. The idea behind this is to challenge yourself to question the ideas and paradigms that you don't know you have. This idea was fascinating to me, and I was excited to implement it.

Then I found one! I have this idea, this thought that has been a frame of my operating all my life. I literally just sat in silence for a few minutes when I realized this. Here it is. All of my life, I have believed that when I die and enter eternal life, I'll first have to watch a movie. This movie will be composed of every single sin that I have ever committed in my life. God will be showing this movie, and I will have to explain to Him what my exact thoughts were each time I sinned. Before I'll be admitted to heaven (which is another idea to unpack later), I first must atone for my sins via explanation.

This is so flawed and not a picture of true grace. God forgets our sins- He does not hold us accountable for them. Furthermore, the idea that I have to provide my atonement for these sins is a slap in the face to Christ, who paid this high price for me. To receive Grace, I simply must acknowledge this. This is sin. This is my broken humanity that I must release and let God redeem. God does not remember my sins. Such a simple truth, but I couldn't understand it because of an idea that I didn't know that I had.

Furthermore, I believe that this thought process has put me on the permanent defensive. If my God, who allegedly "loves me unconditionally", holds my sins against me, then how much more does fallen humanity? This helps me, and I hope my friends, understand why I am so damn defensive.

So that's that. Right now I'm trying to figure out what living this new truth looks like. I want to not be defensive, and I want to be able to live my life correctly- as me. I think this is one more defense mechanism broken down.
Thanks for reading. Comment on. See ya next time.
Posted by Nathan J. Lewicki at 7:53 PM 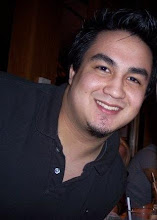 Nathan J. Lewicki
I've got these two sides of me, you see. One desires to have very intimate relationships and be known. And the other seeks to be a reclusive hermit that never bathes. This is the compromise. Welcome. I hope your brought a flashlight.